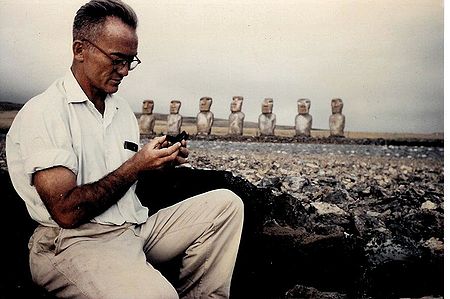 The William Mulloy Library on Easter Island is named in honor of the late Dr. William Mulloy, an anthropologist whose research and rebuilding projects on the island contributed to the island’s history and its economic recovery. To learn more about William Mulloy, visit:

The Mulloy Library (Biblioteca William Mulloy) is located at the Museo Antropologico P. Sebastian Englert (MAPSE) on the island. Mulloy’s collection forms the core of this scientific research museum, augmented by acquisitions and gifts. 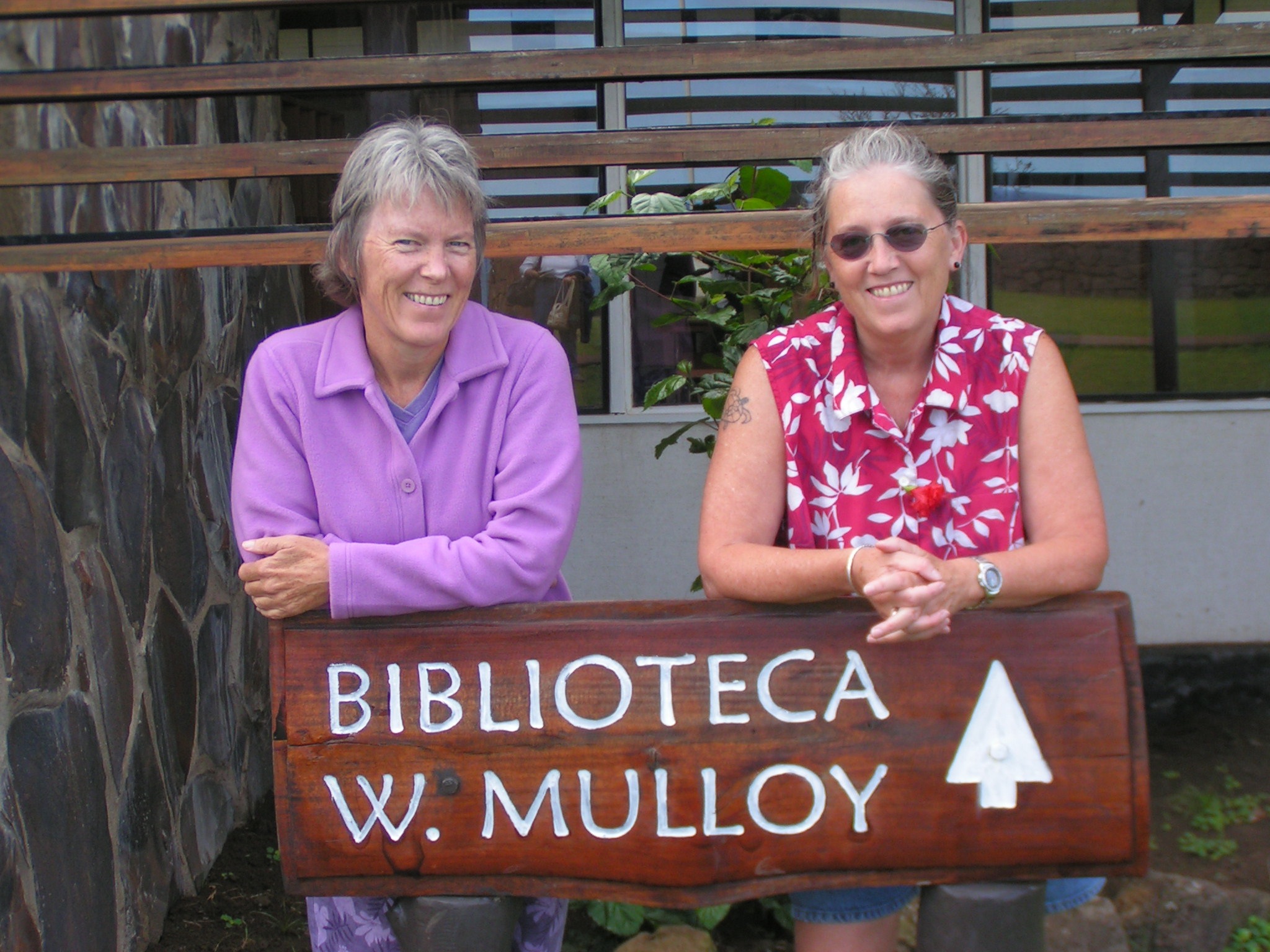 William Mulloy’s daughters, Brigid and Kathy, in front of the Biblioteca Mulloy

(images above courtesy of Brigid Mulloy) In 1986, a small group of scientific researchers were working on Easter Island. One evening, the island’s governor, Sergio Rapu, came by for a visit and said that the island desperately needed a library, and would we help with the project? Intrigued by the idea and realizing the need for such a library, we formed the Easter Island Foundation, and boldly went forward into the unknown. This library would eventually house the collection of the late anthropologist, William Mulloy, and be a central research facility with a comprehensive collection of papers, books and other materials with Mulloy’s collection as its core. We envisioned state-of-the-art equipment and other books and materials to be donated. We charged forward with this project, not foreseeing the roadblocks. And there were many.

In 1991, the Chairman of the Board of Directors, William Liller, co-authored an agreement with the Chilean Direccion de Bibliotecas, Archivos y Museos (DiBAM) that outlined a plan for the library, details of the construction and who would pay for what, and established a committee of operations.

A ground-breaking ceremony was held at Tahai in 1991. At that time, the mayor of Hangaroa offered to pay Rapanui workers to build the library. Architectural plans were drawn up, but they were not approved by officials in Santiago, so more plans were drawn. We wanted skylights and ventilation; they wanted an inside fountain. However, between our visits to the island, another building was put on the plot of land that had been set aside for our library building! Then the offer of free labor was withdrawn and we were instead offered a room at the Centro Cultural, on the shoreline in the village; a venue deemed unsuitable due to it’s damp ocean-side location. The creation of an island library, which seemed straightforward at the beginning, had became entangled in bureaucracy and international politics and the often never-never land of island intrigue.

At this point, the Executive Committee, along with Emily Mulloy and Gonzalo Figueroa, decided to provide a temporary off-island location for the William Mulloy Library on continental Chile. Figueroa had been storing Mulloy’s books for many years. The Fonck Museum in Vina del Mar, was available. Ana Betty Haoa Rapahango of Rapanui ancestry, was hired as Librarian.

Eventually all the problems were worked through and the Mulloy Library was installed into an existing building at the Museo Antropologico P. Sebastian Englert; a building that had been remodeled for that purpose. In 2002, the William Mulloy Library on Easter Island officially opened. The EIF has supported both the Mulloy Library as well as the Biblioteca Rapanui at the Fonck Museum, Vina del Mar, with donations of books and other items.

Below, students from the Colegio Hermano Eugenio Eyraud and Liceo Lorenzo Baeza Vega study at the William Mulloy Library (image courtesy of the MAPSE) 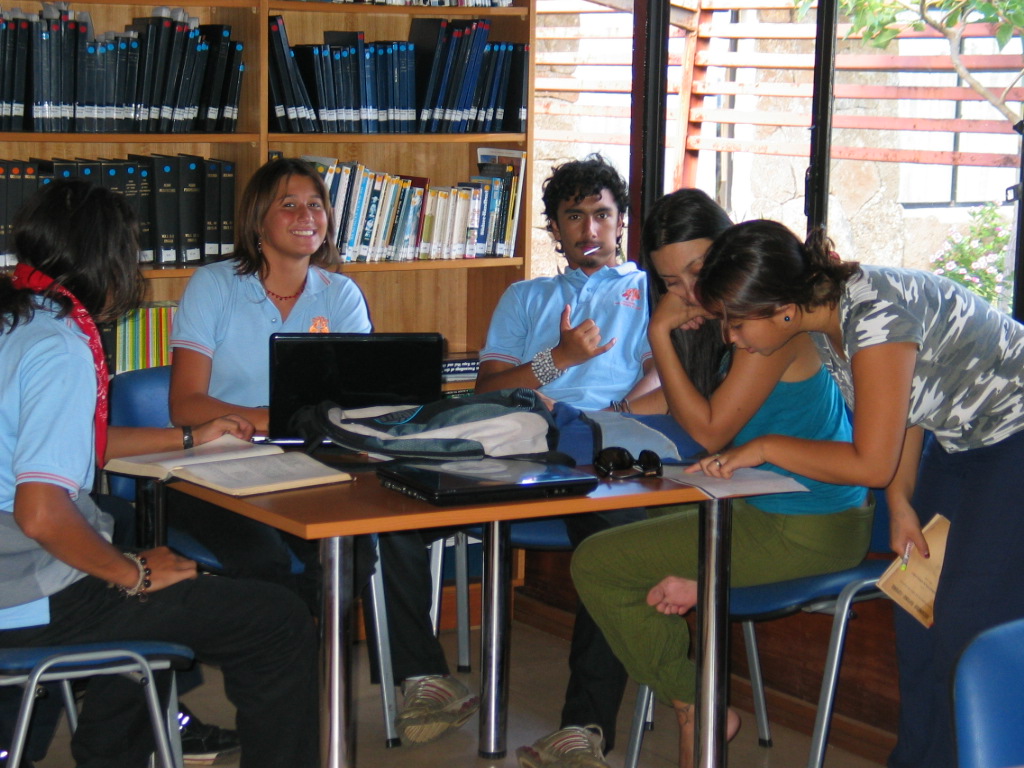 Below, a view of the circulation desk at the William Mulloy Library (image courtesy of Kathi Merritt) 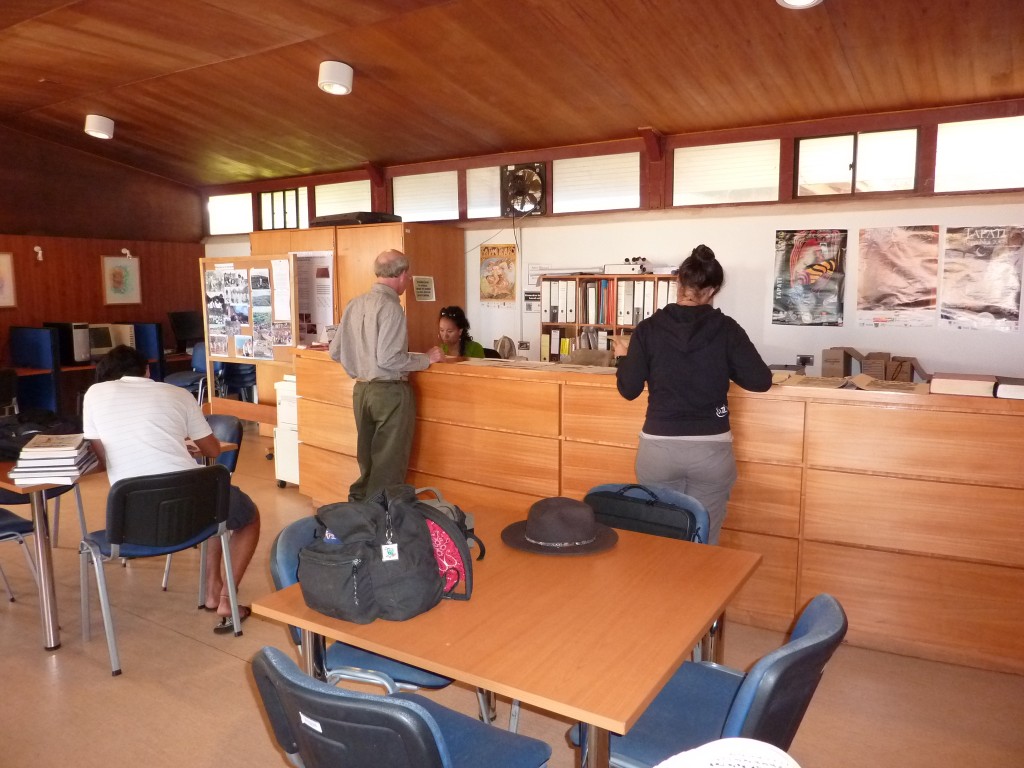