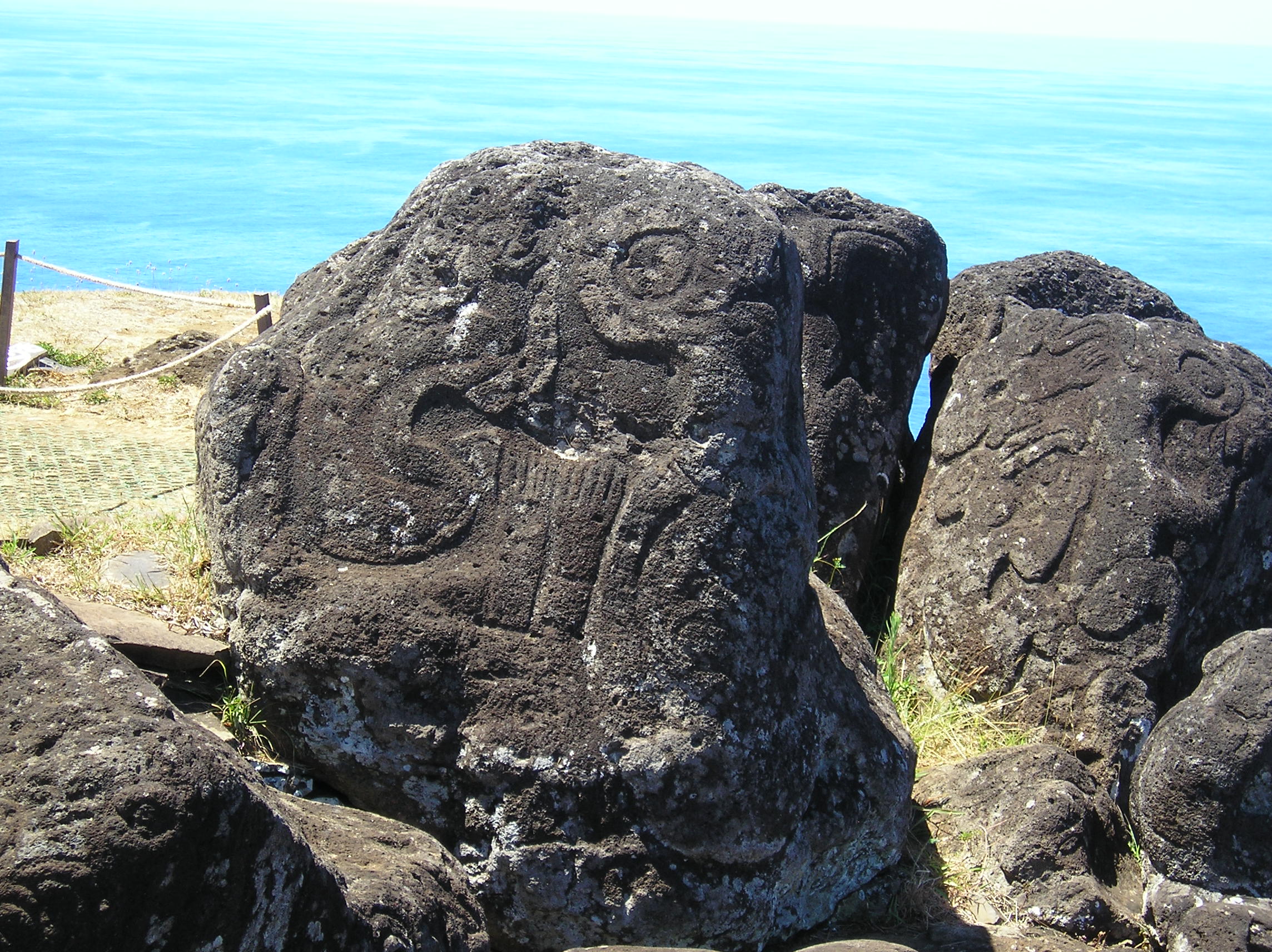 Archaeological studies have been in progress for many years on Easter Island; however, most have focused on the monolithic statues (moai) and ceremonial shrines (ahu). Early visitors and researchers noted and commented on a few petroglyphs but little attention was directed towards the island’s rock art in general. This could be due to its lesser visibility: the statues and ahu stand out clearly and dramatically in the landscape, but petroglyphs are often hidden. Many are eroded and indistinct or concealed in caves.

On Easter Island, petroglyphs are located in every sector of the island where there are suitable surfaces. Favored locations are lava flow (called papa in Rapanui) or smooth basalt boulders. Most of these surfaces occur along coastal areas and often are associated with major ceremonial centers. Important ahu have, as part of their structure, elegantly carved basalt stones (paenga) with petroglyphs on them. Paintings survive in caves or in some of the stone houses at Orongo where they are protected from weathering.

One of the most frequently asked questions about rock art is “what does it mean?” There is no simple answer. Some referred to status, some to clans; others were offerings or supplications; some marked the location of special rites and ceremonies – esoteric aspects of the society. We have connected some petroglyphs to ancient myths as well as some that appear to be clan-related.

The famous Birdman (tangata manu) design is related to cult events. The emblem of the Birdman (a crouching profile human with the head of a bird) became the symbol for the new rule by the matato’a. The cult festivities were held at one of the most scenic spots on the island, Orongo, located on a narrow ridge between a 1,000 foot drop into the ocean on one side and a deep crater on the other side. The most sacred area at Orongo was Mata Ngarau, where priests chanted and prayed for success in the annual Birdman ritual.

The purpose of the Birdman competition was to obtain the first egg of the season from an offshore islet, Motu Nui. Contestants descended the sheer cliffs from Orongo and swam to Motu Nui where they awaited the coming of the birds. The first to procure an egg became the winner. He presented it to his sponsor who then was declared Birdman for that year, an important status position.

The petroglyphs and rock paintings were important, sacred images to the ancient Rapanui. Although not as well known as the great statues, they can be appreciated as non-renewable works of art as ancient prayers and offerings made by this remote group of Polynesians, isolated in the vast seas of the great South Pacific Ocean. 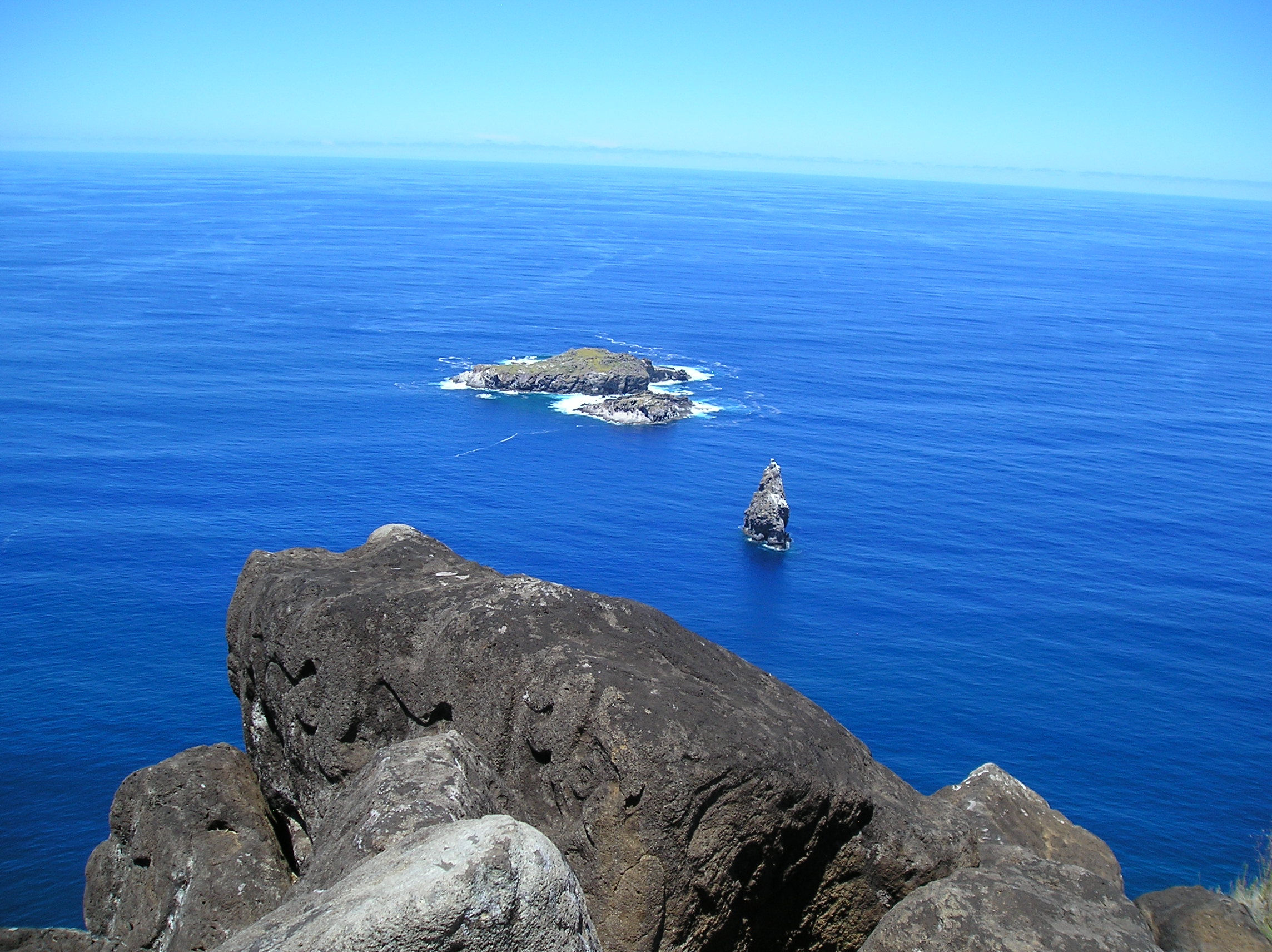 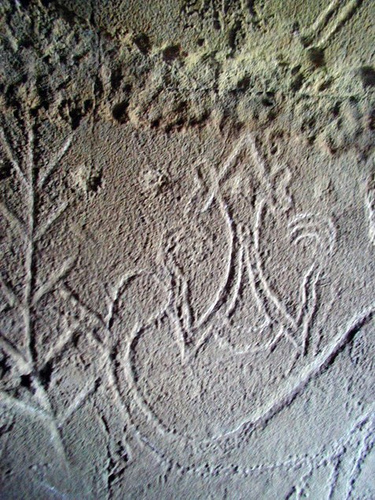 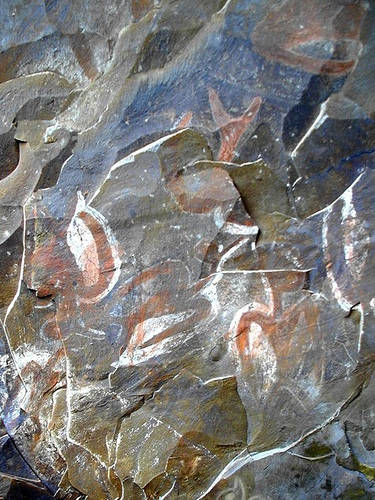 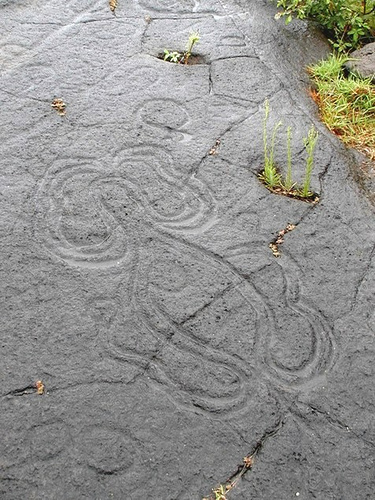