A General Introduction to Easter Island

Easter Island (or Rapa Nui) is one of the world’s great archaeological sites, and also one of the most remote. The nearest inhabited island is tiny Pitcairn, over 1,200 miles [1,931 kilometers] to the west. Rapa Nui is almost 2,500 miles [4,023 kilometers] from the coast of South America and, in the other direction, it is 2,000 miles [3,219 kilometers] to Tahiti. Isolation was a key factor affecting the culture that evolved on Easter Island. 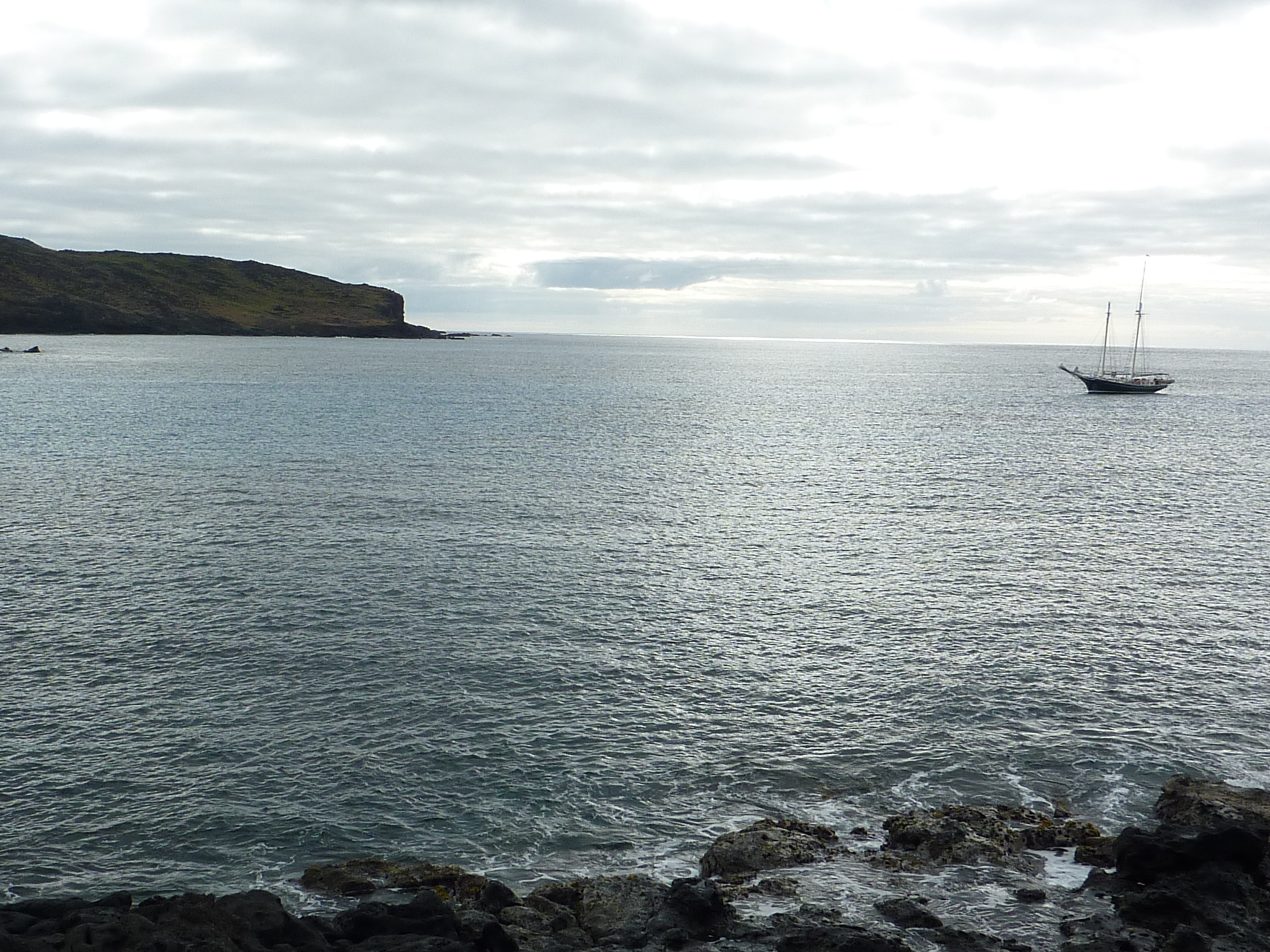 From what we know of the material culture, language, and customs, it seems that the original settlers came from either the Marquesas Islands or from Mangareva around 400-600 CE. They may have stopped at other islands along the way. Finding this isolated island seems a miracle.

The hardy Polynesians who found Rapa Nui came prepared to stay. They brought tools and food, and plants and animals to begin a new life. But the island they found is not a typical Polynesian paradise: it is out of the tropics, and has neither rivers nor protective reefs. But, although small (Rapa Nui is a mere 66 square miles [171 square kilometers] in area), it had a forest of large palms and other trees, and volcanic craters held drinking water. Obsidian was available for tools and weapons. Lapilli tuff—the perfect material for making statues—was abundant in Rano Raraku.

The islanders, once settled, gradually spread across the island, occupying nearly all the available areas. In order to plant their crops, they resorted to slash and burn agriculture to remove the forest cover. Eventually this caused topsoil to erode during storms and, overtime, the productivity of the land declined.

They built houses and shrines, and carved enormous statues (called moai), similar to statues Polynesians made on Ra’ivavae and the Marquesas Islands. The function of the statues was to stand on an ahu(shrine) as representatives of sacred chiefs and gods. Ahu are an outgrowth of marae found in the Society Islands and elsewhere in Polynesia. These shrines followed a similar pattern: in the Society Islands, upright stone slabs stood for chiefs. When a chief died, his stone remained. It is a short step from this concept to the use of a statue to represent a sacred chief.

In the beginning, the Rapa Nui society was characteristically Polynesian in that power and mana (spiritual power) were focused in the ariki mau, or great chief. The position of ariki was hereditary. He was considered to be a direct descendant of the gods. Rapa Nui society was divided into mata (clans), associated with particular parts of the island and grouped into two major divisions.

Special craftsmen were formed into guilds, and these specialists carved the famous statues. The Easter Island statues were not carved by slaves or workers under duress, but by master craftsmen, highly honored for their skills.

As statue making increased, the supplies of timber and rope gradually became scarce. The lack of trees meant that canoes could no longer be built, restricting offshore fishing. Without canoes, they could not set off for another island. The Rapanui found themselves trapped in a degrading environment.

The size of the population at its peak is controversial; some put it as high as 7,000; others suggest a higher number. Whatever the population, when combined with environmental deterioration, it was more than this small island could sustain.

A powerful warrior class (matato’a) emerged as the mana of the ariki mau declined; land was seized and enemy villages destroyed. Ceremonial shrines were desecrated and the statues toppled. One result of this power shift was the establishment of a new religion by the matato’a: the Birdman Cult. This cult served to alternate leadership between rival groups from year to year, and the selection of a winner (or “Birdman”) was based upon a competition to acquire the first bird egg of the season. Thus the Rapanui turned from their old religion to a new creator god, Makemake, and to rituals based on fertility. Hereditary power was replaced by achieved status. 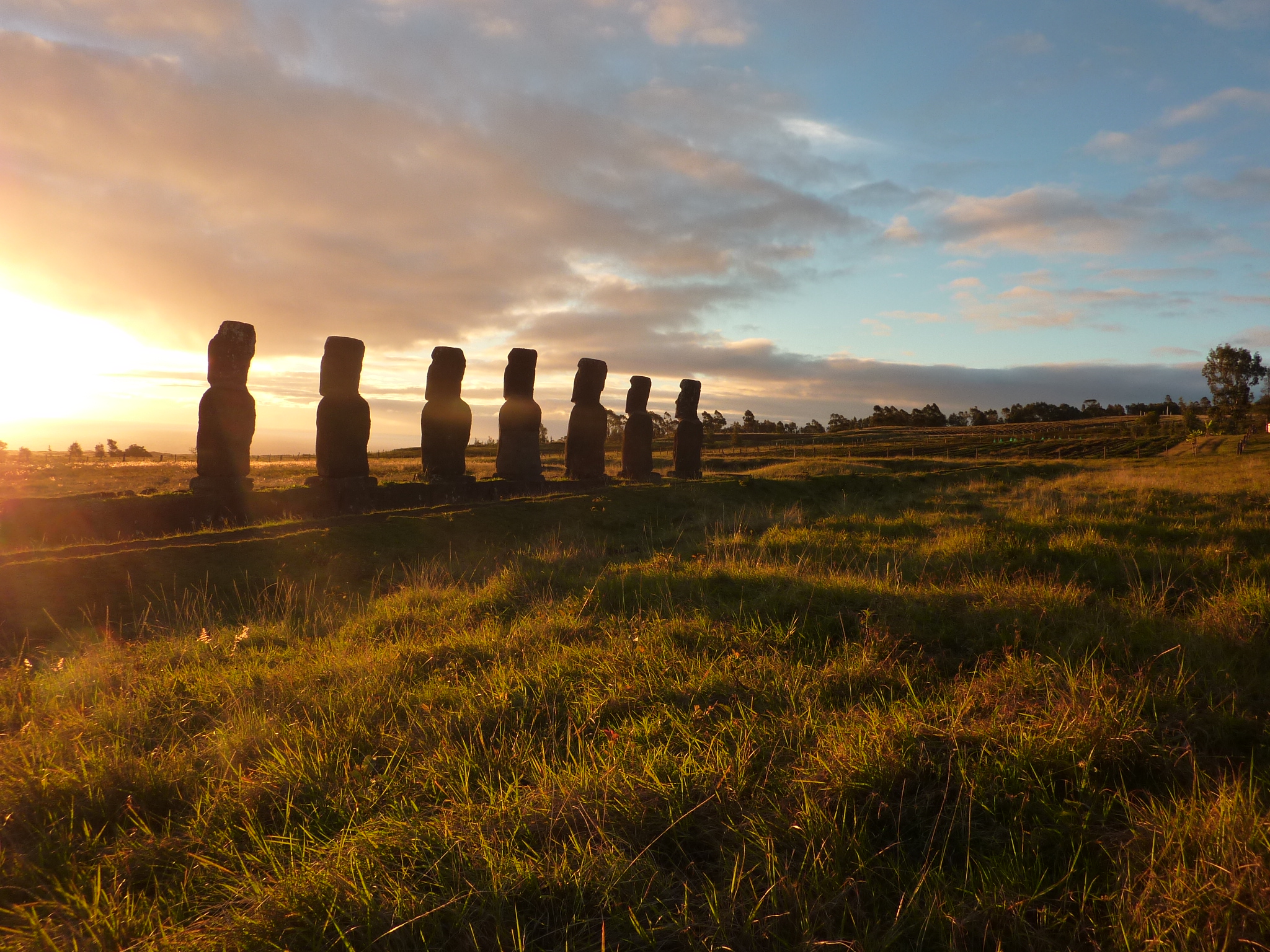 (Images on this page courtesy of Kathi Merritt)